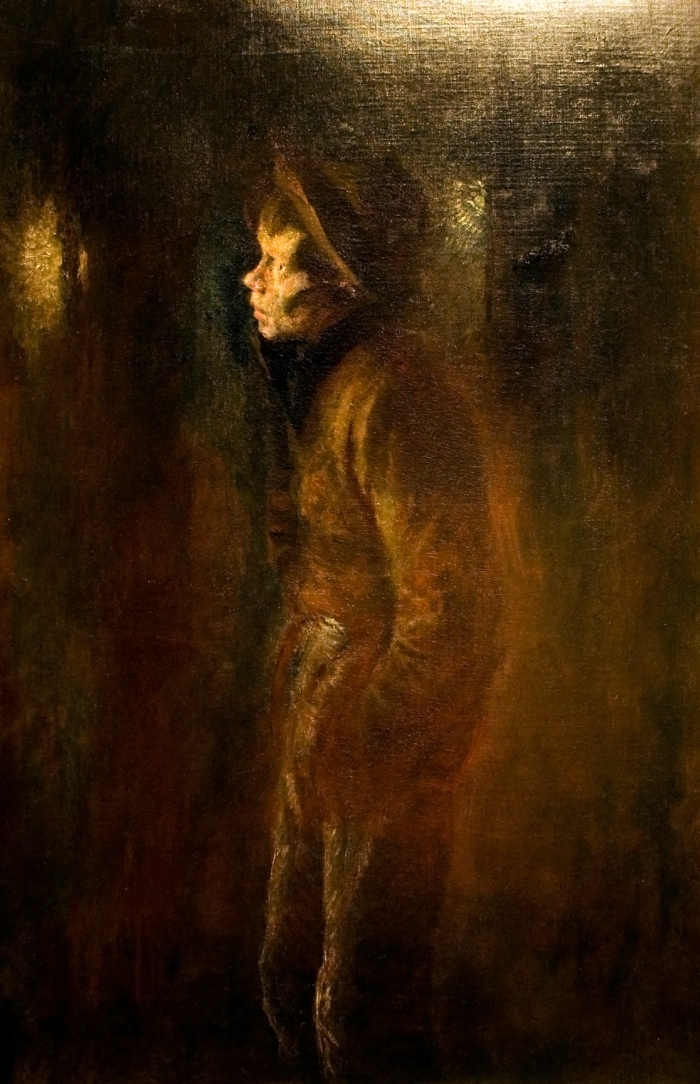 Walking and walking
You can go nowhere
Forever

Walking and walking
Forever
Nowhere you can go

If we talked to everyone
Would we still be alone?
Together-apart?

The door’s open
Come in
Have a tea, fix my shower

Walking and walking
Forever you can go
Nowhere

Stop
Why are you calling me?
Speak
Why would you bother me?

I want to see you TONIGHT!

I don’t see how
courage will find me
but it might, Papa
when I set foot in Haiti

like an alligator standing in a forest grove
waiting for the blessed blood of the future
I’m shivering, Good God
and the owl of freedom eludes me

paint me a picture of Haiti
sing me a sweet song from Haiti
that’s all I have left, Good God
an image, a sound, a poem, a dance

a dream, my dream
or yours?
What are they worth?
What am I worth?

a student, a pilgrim, a loafer or a thief?
am I lying to you and myself?
no matter, leave some rum at the crossroads
and wait 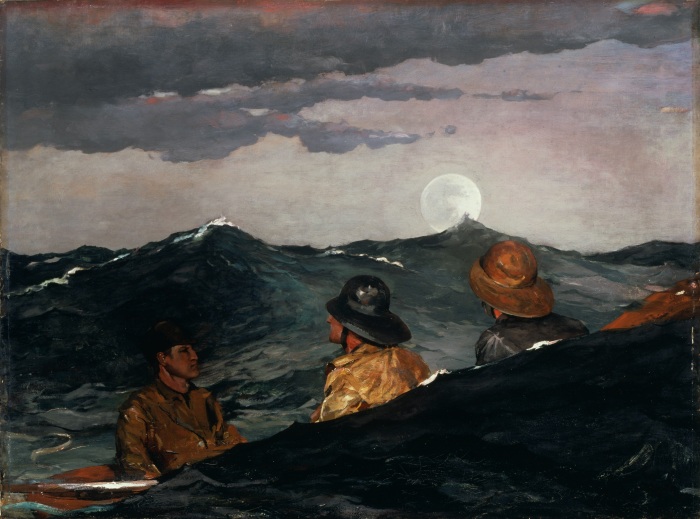 My dear everything everything
is going to be alright
alright?

Why are you crying so
you who birth the day
mother to life?

I can’t explain what I saw
looking up at the sky
a chill?

A sadness a loneliness
a burrowing fear
I don’t know

Preoccupied we forget
oft neglected orb
as you grow

We forget too many important things
understand too little
and suffer

The curtain opens revealing the figures of Esmeralda and Diamante on stage. They are standing on a stone path holding beautiful umbrellas with intricate colored patterns and images. The artwork on Esmeralda’s umbrella depicts a giant fish leaping out of the water after a smaller fish that’s already in the air. On Diamante’s umbrella there is a purple plum tree in full bloom. Esmeralda is wearing a long elegant black ballroom gown with sequins. Diamante is wearing a short bright red strapless dress and bright blue socks.

A light mist falls from above.

ESMERALDA: This rain is bad for my health.

E: No, I’m serious. I can already feel a cold coming in the back of my throat.

D: I do wish you’d take a bath though.

A phone rings. Esmeralda struggles to locate the phone before yanking it from underneath Diamante’s legs. Diamante sticks her tongue out at her and Esmeralda bats her away. She answers.

D: I’m a beautiful woman normally, but with the right pair of shoes… wow, just wow!

E: You bastard, fuck off and die!

D: Esmeralda! That’s no way for a lady to talk.

Esmeralda looks at Diamante with a cold grin.

D: What’s the matter with you?

D: What do you mean?

E: Some bastard keeps calling me and hanging up before I can answer.

D: You never know, it could be.

D: Maybe you should let me answer next time. You’re probably scaring him away.

E: It’s not… You barely know him anyways.

E: I told you not to fall in love

The phone rings again. Diamante snatches the phone out of Esmeralda’s hand and runs away giggling and hides under a bush.

D: Hello? Hello? You gorgeous devil, are you there?

E: I should buy you your own phone so you stop taking mine.

Diamante, still crouching down, stares at the cellphone and frowns.

D: Why doesn’t he want to talk to me?

D: So give it to them already! You might win a SmartCooker!

Diamante stands up and paces in front of Esmeralda, who massages her eyelids.

D: Haven’t you seen the videos on Youtube? You can cook an entire chicken and it will come out tasting like a fish!

Inviting brass notes break in from offstage. Calling and responding to each other. Diamante looks at Esmeralda and nods, and they both stand up. Esmeralda sprints to a nearby trashcan, tosses her arm at her side and gallops back with periodic jumps. A drum line sounds. Esmeralda tosses her arm towards Diamante and nods again. Diamante dashes into Esmeralda’s arms, who proceeds to toss Diamante into the air, catch her again and spin around in a circle. An entire orchestra is now playing in the background. The drum is getting louder and louder.

The phone rings again. The music cuts. They stop suddenly and Esmeralda falls to the ground. Diamante hands her the phone.

E: Never mind I’ve got to get to work.

Esmeralda places the phone on the bench and they both exit off opposite ends of the stage. The phone is still ringing after they’ve left.

Its thorns melted in my warm embrace

Sand in my eyes but not my heart

All comfort requires a little pain

Who doesn’t want a hero’s demise?

I hugged a cactus…

This is the second in a series of articles called An Absurd Guide to Getting Your Heart Broken. You can read the first here. With any luck (or misfortune), it won’t be too long before another one comes out.

There’s too much crap out there. You practically have to shout obscenities to get someone’s attention.

Sorry. I’ll explain if you stop rolling your eyes.

I know we don’t discuss this openly passed fifteen. Nobody wants to be the luckless loser stuck with their hand, but we shouldn’t let our embarrassment allow the moralists, the liberationists and the psychologists to rob us of some useful self-reflection while we’re giggling in the corner.

Careful or you’ll hurt yourself!!

The sorcery is so effective we forget to question it, but we shouldn’t. Liking something we don’t understand is dangerous.

Partially recognizing this, we lock Rapunzel in a tower and lock Harry in a cupboard under the stairs, we keep Cinderella busy cleaning the house, and we scold Jack for playing with “magic beans” until they’re all of marrying age. Left alone they might blow themselves up. Or forget to eat. Rarely are we as impulsive as in our youth.

But rarely are we as pompous as in our adulthood, preventing candid reflection on one of life’s most commonplace absurdities. We’re all more ignorant than we ought to be.

Let’s look closer (STOP! Not that close!). First the individual excitedly anticipates the pleasure to come, allowing a disconnection from reality. Then during the act itself, the individual fully concentrates their creative energies on bringing to life the “sexual savior” and hearing the angels sing. Finally the individual returns to objective reality and realizes nothing has changed. There is no dragon defeated, no enlightenment, no minimal human interaction, just the same old dreary walls and a sweaty hand. Temporary disappointment or even guilt pervades.

The individual at peace with themselves can laugh and move on. It was fun; it was stupid. They have no regrets. But this emptiness can push others further into themselves on a quixotic quest for pleasure and away from a balanced vision of their own reality.

We seek out the company of others, because we lack the perspective to judge the adequacy of our own lives. People don’t seem to understand us in a meaningful way. Doubts build. How can they assuage our fears if they can’t even see who we really are? Our words fail us. We lack eloquence, and they lack interest. The doubts remain. If only there were some way we could communicate to others our innermost being without all the confusions and misunderstandings.

Sometimes I feel like I’m chasing after my own pain with a butterfly net, so that once or if I catch it, I can put it in a glass box in a zoo for people to come stare and bang at. Am really helping anybody? Or am I just tickling their egos while they jack off mine?

I was fine by myself. I was happy even. You can’t hurt anybody when you’re hiding in a pile of books. Why should I call attention to myself now? There’s too many fucking voices out there already. I despise them. There’s no peace outside. Just pretentious assholes. Do I wanna be another prick contributing to the noise?

What’s the point? I’m not beautiful. Neither are my words. The world is fucking ugly and disgusting. It’s dripping in the green runny mucus of greedy selfish arrogant bastards, who would be happy if some old lady tripped on their secretions and snapped her neck in two, but only as long as they knew it was their snot that’d done her in.

That’s when they tell us that mucus is beautiful. It’s hot. It’s in. It’s trending. Well, fuck me two times! If that’s beauty, I’d rather do something hideous. And anonymous. I’d rather pop my own pimples, thank you very much! NO CAMERAS ALLOWED!!

Everything’s different when I close my eyes. Then I can see. The bastard is tormenting me, wants me dead by 27. The inescapably bright light won’t let me sleep, and I can’t function when I don’t sleep! Is this a muse or my ego in a dress?

Some days all is so beautiful. I just wanna lay on the floor and penetrate my skin with it, rub it in my wounds, shove it up my nose, just get it inside me, burn the pain down to a wisp while the sink overflows and the inside of the fridge rots. Beauty is horrific and delicious. I can easily forget the day still goes by and that there is no one here but me.

Go ahead and laugh! At least my pain is a big fucking joke for somebody. My neuroses must seem adorable. Well, they’re not! They fucking suck! Everything I say sounds different once I’ve said it. My words are like balloons. Either I pop them, or they float away. Everything I create abandons me.

What’s the point? I’m condemned to be clever. This isn’t the 19th century. I can’t die a virgin and moan about unrequited love or die a patriot from tuberculosis. I can merely cry “authentically” while giving you a wink while crying on the inside.

So fuck you very much! I’m an artist.